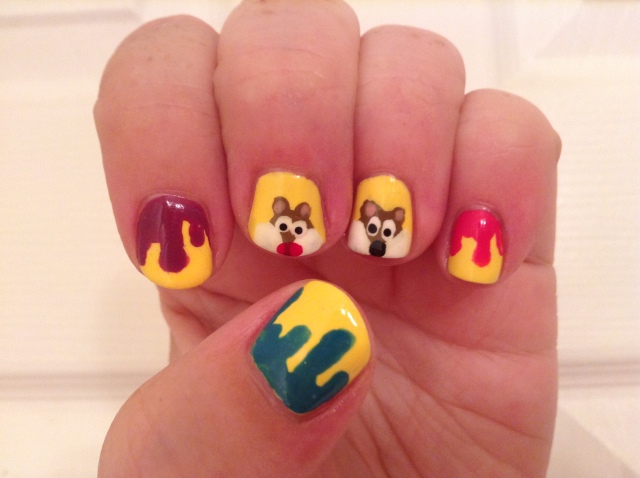 Day 25’s theme in the 31 Day Nail Art Challenge called for nails that draw inspiration from a book. A favourite Disney book, my husband actually had to remind me, and one that always seemed to be kicking around my grandparents’ house was 1954’s Donald Duck and Chip ‘n’ Dale, in which Donald hires Chip and Dale to paint his house, which goes about as well as you’d expect given that they’re chipmunks. They paint with their tails and splash colours around like it’s a CSI crime scene, and when Donald gets home he predictably goes mental, which isn’t really fair since, dude, I cannot be emphatic enough on the point that you hired chipmunks to repaint your house. You get what you pay for is what I’m saying.