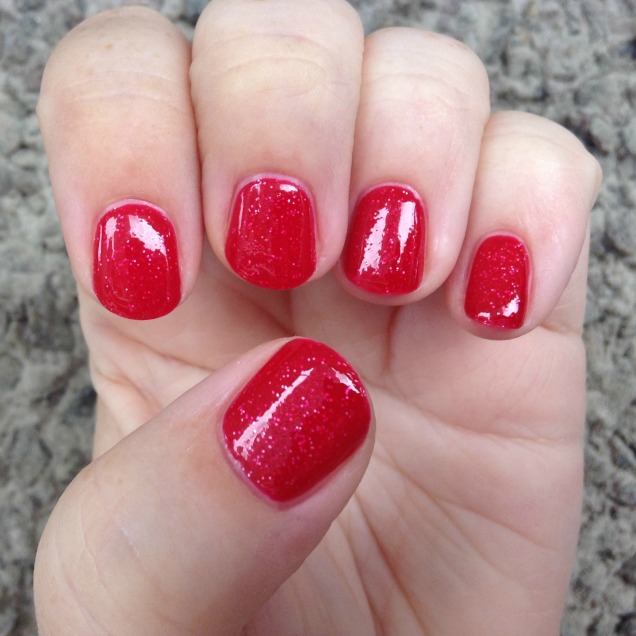 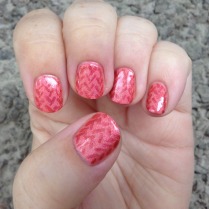 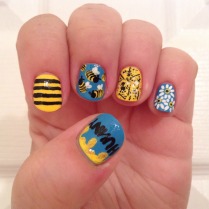 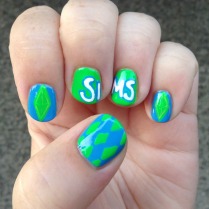 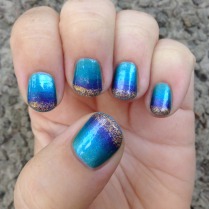 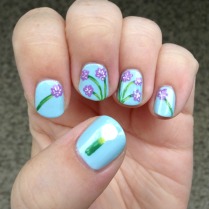 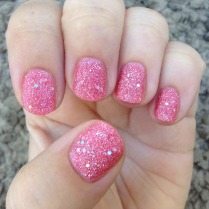 ‘Round about Wednesday of this nearly-completed week, just as I was putting the finishing touches on a yellow-hued manicure, I realized that the two preceding manicures I had done were red, and then orange (well, coral, which is a type of orange!) Seeing as I was already halfway there, I decided to go on ahead and seek out the end of the rainbow, and planned the rest of the week’s manis in accordance with the new colour themes. A happy accident that led to a lot of fun new nail adornment, including some long overdue Sims nail art and the reemergence of a favourite textured polish. I’d highly recommend falling into an accidental pattern of some sort every now and then; this one certainly prompted me to stretch beyond the usual, while still giving me a nice little framework within which to work. Here’s what I got up to this past week!

Monday started with a simple swatch of a mega juicy jelly, Models Own Rhubarb Custard. Squish, squish, squish – this polish looks like a jiggly cube of Jello.

Tuesday‘s nails were quite popular; tone-on-tone holographic corals in a free-handed type of knit design.

Thursday I honoured my favourite video game (or most obsessed-over video game), the Sims, with a neon green mani rich in Vitamin Plumbob.

Friday I got punny with it, drawing inspiration from a friend’s corny joke for some perfectly purple floral chive nails.

And Saturday saw the end of the rainbow with another super popular swatch, this time of Nicole by OPI’s pink sugar-dusted Candy is Dandy, a textured beauty I don’t show nearly enough love.