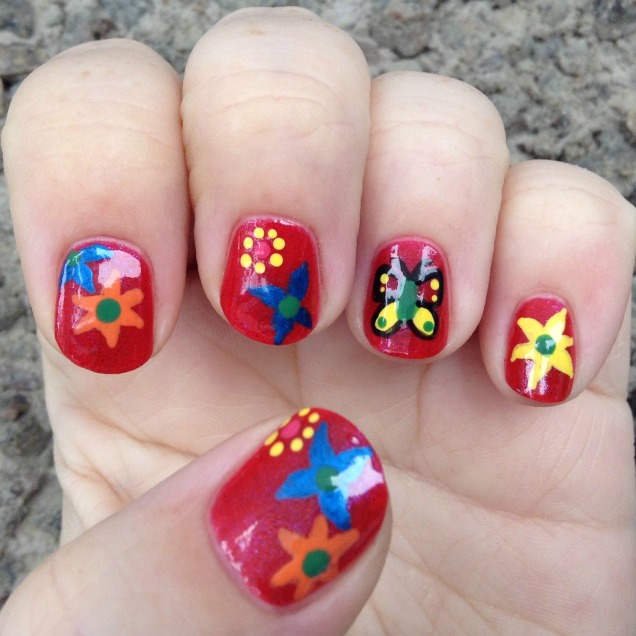 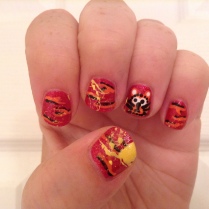 I popped over to the Weather Network for a moment to check on tomorrow’s forecast for Canada Day. I live in the nation’s capital, and as such, there’s always tons of patriotic parties and one huge blowout of music and fireworks on Parliament Hill, seat of our good nation’s government. It’s quite the event if you’re into crowds, heat, road closures, Blue Rodeo, sunburns and moderate public intoxication. I’m actually not into any of those things (Blue Rodeo excepted; 5 Days in May is a favourite song) so I tend to stick pretty close to home come Canada Day, but it still bums me out to see that tomorrow’s forecast is calling for thunder storms and rain. Take it from a person who may have spent a bit of time doing precisely this, but there’s nothing worse than trying to get your public drink and sun stroke on in a humid downpour. Heh, although one year when Mr. Finger Candy and I lived just a few blocks away from Parliament Hill, we stood on our balcony and laughed uproariously at all the red and white-clad tourists ineffectually pelting down the street to avoid a massive rainstorm that just sort of spun itself out of nothingness. I’m not sure we come out looking so well in that story, but at least we stopped short of taunting, right? Because we’re polite Canadians like that.

This little gallery encompasses some of my more patriotic posts and manis, from the traditional (redwhitemapleleaf) to the not-so traditional (Mr. Dressup’s Tickle Trunk and the Trailer Park Boys.) There’s also a bit of nail art that never fails to make me laugh, last year’s attempt at beaver nails, which I joked at the time really came out looking more like dogs with conjunctivitis. And indeed they still do!

3 thoughts on “Gallery of Canadiana”