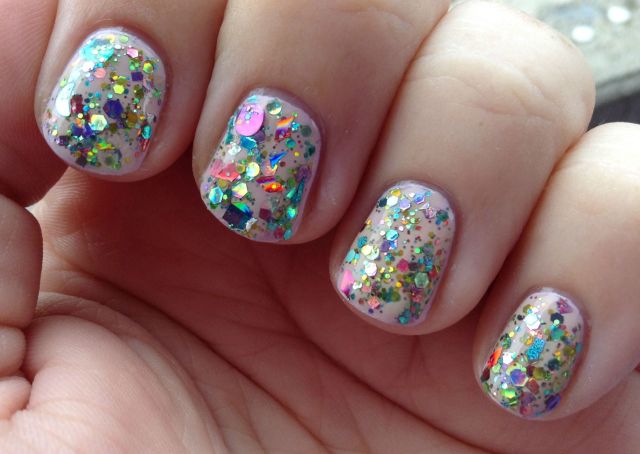 I’ve recently taken on a more advanced role in my ailing grandmother’s care – lots of visits, boeuf bourguignon-on-demand, sitting in on medical appointments and the like. Save for her gracious thanks, it’s rather thankless work, and so I look for anything to brighten up our visits. And seeing as my grandmother loves nail polish – said as much today as I was removing her periwinkle blue lacquer – sometimes that brightening takes the form of a fun manicure I can share with her, usually as she cringes in mock horror at the thought of going out in public sporting, like, free-handed donkeys on her nails or whatever other nail lunacy I get up to on a regular basis. Today I thought I was going to shock the heck out of her with these ultra sparkly glitter bomb nails, but she barely batted an eye. In fact, I think she rather liked them. Which just proves that being a nail polish magpie really is genetic! And that maybe the next time I see her, I’ll have to give her the serious Fairyland treatment (although it does take some of the fun out of it knowing that she also thinks it’s a pretty nice pick-me-up polish.) 😉 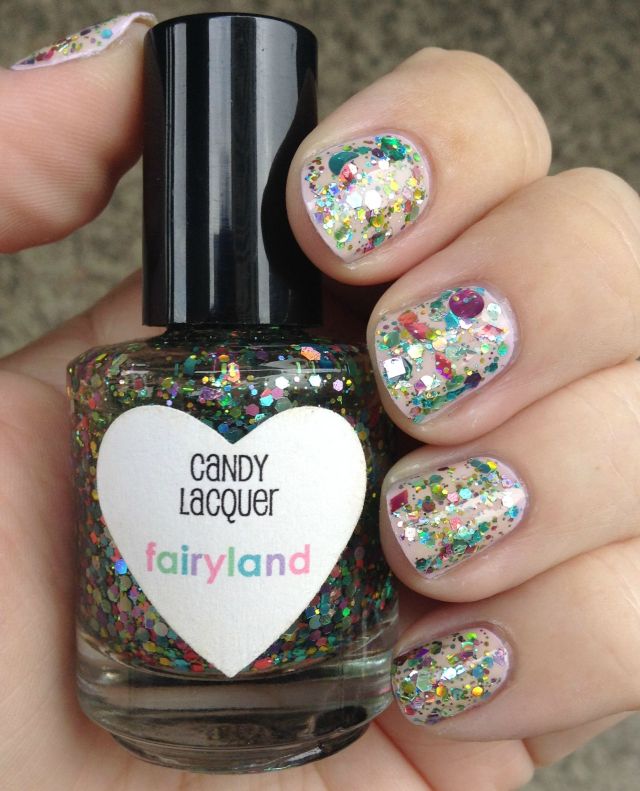