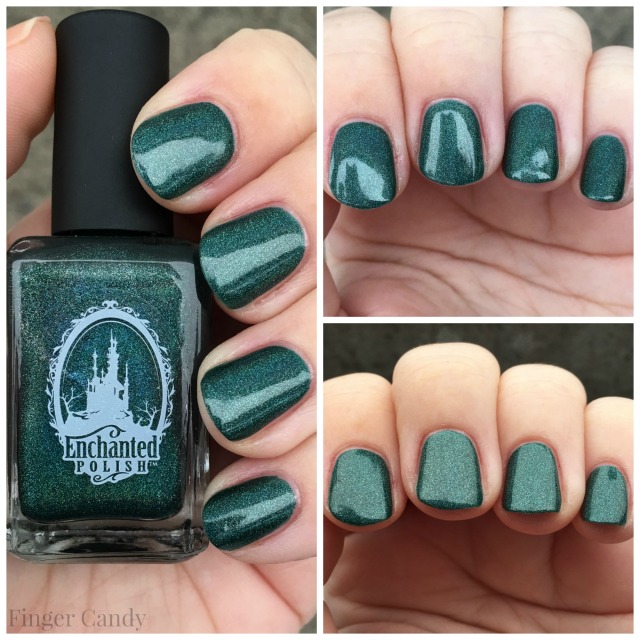 And so here we are at the end of the year, celebrating the final day of December and indeed the entire Year 2015 with one final Enchanted mystery polish, blue spruce-hued December 2015.  I had a feeling that December was going to be a Christmas tree-type green.  The only other green of the year was a pale, watery mint in March; we were overdue for something rich and festive.

Like every other mystery polish released this year, December 2015 is a beautiful holographic shot through with colour-bending shimmer.  The ultra fine gold shimmer running throughout December 2015 is particularly lovely, mingling with the Kelly green base to produce a gentle blue hue that reminds me of blue spruce trees.  The holographic effect in this polish is also spectacular, although that’s really no surprise – a beautiful, dark holo like this one was meant to dazzle, and dazzle it does.

But stain it does not!  Because this time – unlike that time with Colors by Llarowe’s grass green holo, Gemini Rising – I remembered to lay down two thick coats of base coat so I don’t have to walk around for the next month with pee green nails.  See, kids, we’re learnin’!