Actually called a Yoga Bomb, but to yoga (that’s a verb, right?) means to be bendy, plus the coloured bubbles that erupt out of this bath bomb bend and swirl throughout your tub.  I’ll ask for your forgiveness of that rather laboured analogy – I’ve spent all day putting together a number of the Devil’s Swedish pressboard insanity-making devices (Ikea furniture) and I’m unbelievably knackered.  I actually wish I had saved this bath bomb for a soothing post-pressboarding soak as opposed to using it up last night – I’m quite in need of a hot bath to un-knot my furious forearm and back muscles, and it might as well be pretty while I’m in there.

Well, initially pretty.  Or actually, initially quite plain – this Yoga Bomb bath ballistic from Lush Cosmetics is not much to look at on first glance, just a pretty, peachy little sphere that smells like your third grade teacher (the hippy-ish one who wore Birkenstocks and always had a bit of cat fur on her nubbily knit sweaters.)  Then you drop it in your tub and it erupts into a gorgeous mess of purples, pinks and blues.  Intermingled with the warm orange of the outer shell, it looks like twilight and dawn meeting up at the same time – just gorgeous. 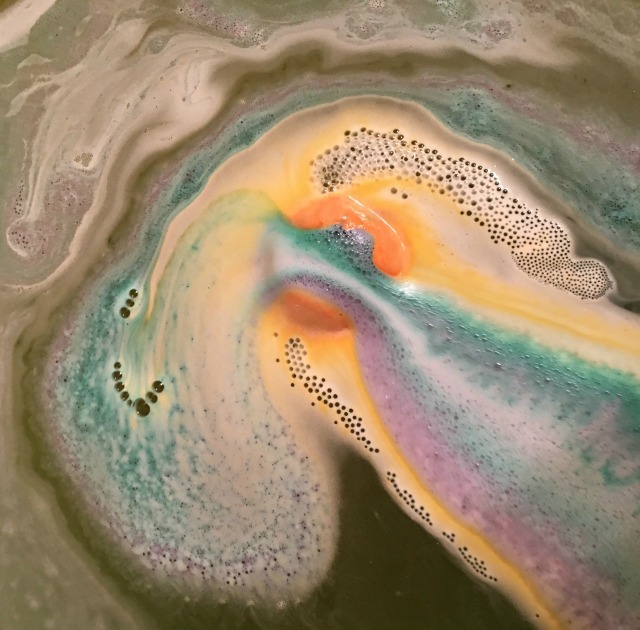 But not particularly long-lasting.  Perhaps owing to the fact that my Yoga Bomb came delivered with a small fissure running along its horizontal fault line, it cracked open quickly, putting on a mad, sunset-hued display before petering out in less than three minutes.  That’s not the best value for an already dubiously-valued, single use item that retails for $8.95.

Also, not that you needed a picture of this, but the resulting bathwater was the colour of bong water.  Bong water dusted with gently glimmering mica, yes, but bong water all the same.  And we all know the rules about bong water – don’t drink it, and cripes, don’t bathe in it either! 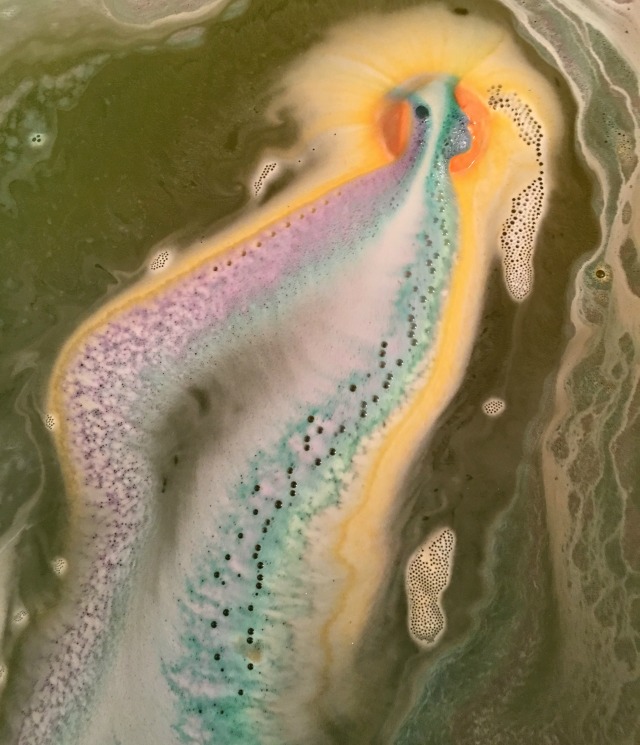 I’m not sure this one would be a repeat for me, but you may wish to check it out – perhaps hippy teacher bong water sunset bomb is totally your bag (come to think of it, all of those things kind of go together!)  I purchased my Yoga Bomb from Lush.ca, and you can, too. Happy bathing!