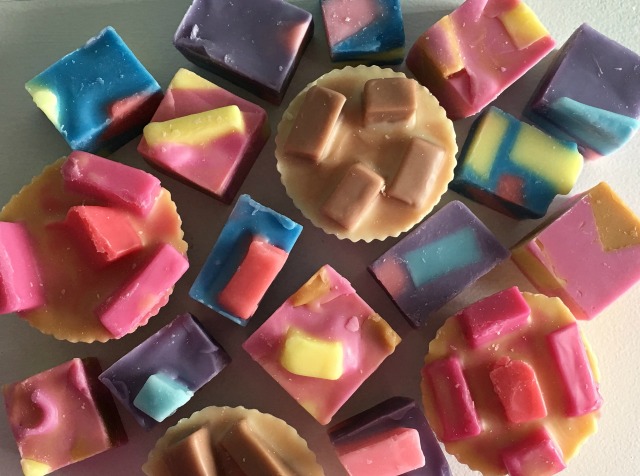 This much-anticipated order showed up on my doorstep at pretty much the exact moment I succumbed to a (now) week-long bout of illness that has robbed me of both my sense of taste and smell, so I can’t say it’s made much of an impression on me beyond, “Hey, look at this stuff that arrived.”  Lots of stating-of-the-obvious when I’m not feeling well.

But for those still curious as to my fever-induced thoughts on these Rosegirls goodies, here they are! 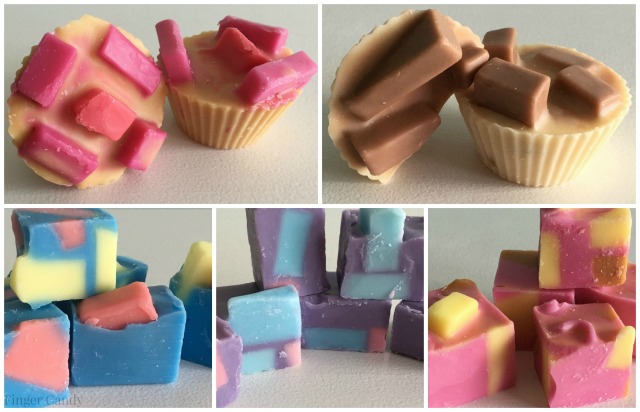 In the adorable little two-pack muffin shapes ($7.00 US), I chose Rosegirls Garden, Raspberry Sauce and Vanilla Bean Noel, a blend created by my friend Julie of The Redolent Mermaid during one of Rosegirls’ last rounds of custom orders.  This was a real wildcard pick for me because I don’t generally care for floral scents, particularly rose scents, but I adore Rosegirls’ Raspberry Sauce, a super tart berry that overpowers just about everything it touches, and I’m warming up on the subject of Bath & Body Works’ ubiquitous Vanilla Bean Noel. And surprisingly, I really like this blend!  I especially like the way each of the three notes is present in equal measure, despite my belief that the Raspberry Sauce would blight any (not-the-least-bit) icky rose notes from the face of the earth.  It reminds me of a delicate, rosewater-infused pastry from a Middle Eastern bakery. Very nice, Julie! 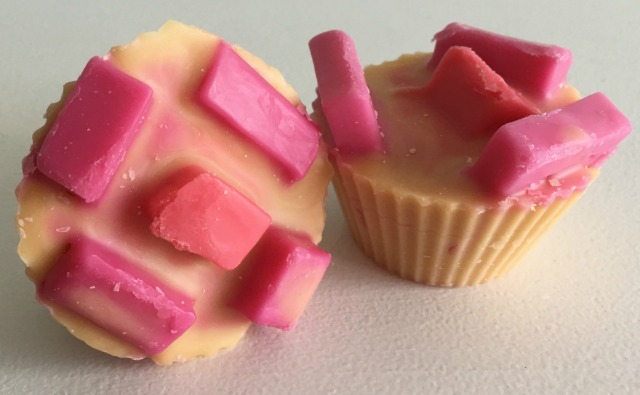 The other scent I chose in the muffins was Cookie Dough, Waffle Cone and Wackadoodle (oh, those names) which smells exactly like the air in an ice cream shop – all warm sugars and unidentifiably delightful cookie smells.  It’s so delicious, I want to eat it (always a sure sign that it smells great, no?)

There were a number of scents offered this go-round in half pies, but none really spoke to me, and so I satisfied myself with these smaller chunk bags instead ($10.50 for roughly 11 oz. of wax.)

Starting off with one of my favourite Rosegirls scents, I nabbed two bags of Hotline Bling, a gorgeous, parrot-hued blend of Watermelon Slush, Raspberry Sauce, Lemon Biscotti and Cotton Candy Frosting.  Sounds like a godawful mess, smells like a fruity dream! This is about as close to a punchy scent as I like to get (seeing as actual punchy scents – anything that could be described as “drink,” really – give me terrible headaches.)

Finally, we have the dud, because there has to be one in every order.  It’s Newton’s First Law of Wax.  The misfire would be Sunshine, Lollipops and Rainbows, an ambitious blend of Strawberry Raspberry Guava, Mango Sorbet and Lollipops.  Being a sucker for all things Mango Sorbet, I added this guy to my cart, forgetting that that lollipop note shares quite a lot in common with the headache-inducing punch note I spoke about before.  As it’s the most prominent note in this blend, I’ll be taking a pass.  Eh, you can’t win ’em all, even if you win most of ’em. 😉