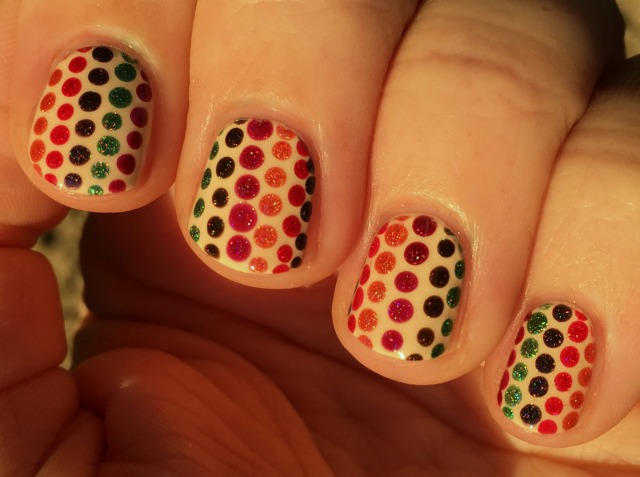 Like most Ontario kids who were born in the 1970s and came of (childhood) age in the 1980s, I watched A LOT of The Polka Dot Door.  A production of TV Ontario (holy crap, when’s the last time you saw that name?) The Polka Dot Door was a children’s television show for the seven and under crowd that featured host-led songs and skits and play-acting, and this nutso recurring character by the name of the Polkaroo.  The conceit of the Polkaroo was that the male half of the girl-boy hosting duo would step out for a moment to perform some mundane errand – nip on down to the store for more apples, take out the trash, replace the broken round window in the actual polka dotted door.  Anything to get that guy out of there (toward the end of the show’s run, I remember thinking they had run out of things he just had to do right that very minute, because they were just, like, “Oh, him?  Um, he’s in the can!”)  Anyhow, a few moments after the male host stepped out the door, the Polkaroo magically appeared.  And the Polkaroo was pure nightmare fuel – weird, saggy, baggy plushie body, garish colours, inability to say anything other than “Polkaroo!”  I think he was supposed to be a polka dotted kangaroo, but I just thought he was tacky.

And also CLEARLY the dude half of the hosting team, because after the Polkaroo had blundered about for a bit, knocking things over, pissing off the female host and then learning an invaluable lesson about teamwork, he’d clear out and the male host would sweep back in, all “WhadidImiss?” and the music would hit this “wah-wahhhhhh” cue and the female host would look on in indulgent exasperation.

I really liked The Polka Dot Door – it was one of the better early childhood morality and socialization nudgers of the time – but the Polkaroo never sat well with me, I think because I knew I was being talked down to.  And just because it came with a little wink didn’t lessen the sting of feeling like adults were having one over on me.  Kids – they don’t like to be made to feel like dummies any more than you do!

Anyhow, these polka dotted nails, in a range of Fall-perfect holos, got me thinking about The Polka Dot Door, so that’s how we wound up with this post that has nothing to do with the manicure at hand (and on my hand.)  That a good enough tangent for ya?!  Tangentialicious!  And Polkaroo!