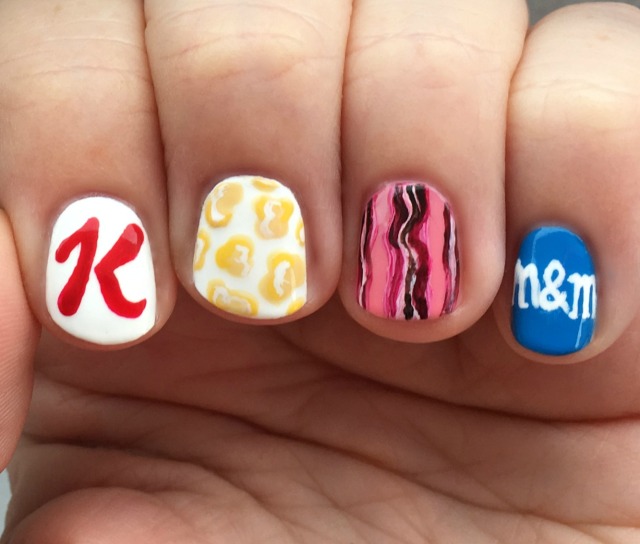 Or would that actually be Clueless ON Dieting?  Because this manicure represents Cher Horowitz’s confession to her best friend Dionne that stress has her indulging in a very heifer-like diet (as if!) of “two bowls of Special K, three pieces of turkey bacon, a handful of popcorn, five Peanut Butter M&Ms and, like, three pieces of licorice.”  Just missing the licorice, but then again, you can’t miss that which you don’t like in the first place, and I’ve never developed a taste for licorice.  I’m down with the rest of that stuff, though, just maybe not at the same time.  Maybe.  I don’t know, bacon and PB M&M popcorn cereal bars *could* be a thing, right?

7 thoughts on “Clueless About Dieting”