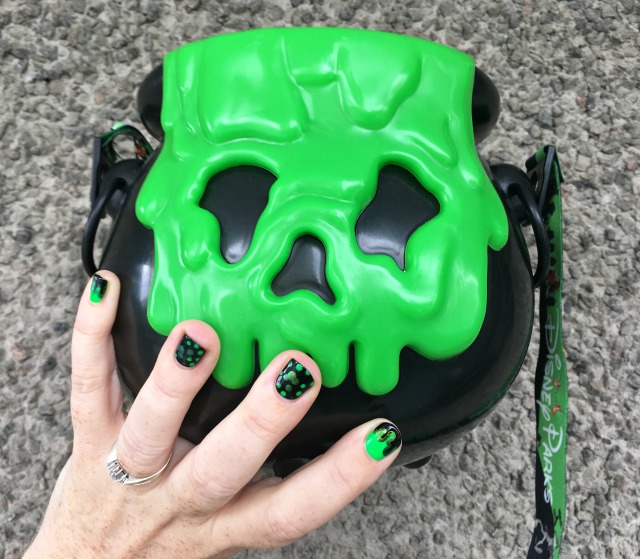 I got this nifty refillable popcorn bucket at the Magic Kingdom some weeks back, and like my Gaston ears, it was one of those things that people would just shout their appreciation for from distances both great and small (nearly wrote that as “smell,” which is quite apt, as that Disney popcorn scent – real and/or enhanced – is utterly intoxicating.)  One morning a woman with an incredible Scottish accent demanded to know where I got my “fabu-losh buh-KIT” and I decided right then and there that whatever it cost ($15 filled with popcorn, with unlimited $2 refills) it was worth it just to hear her awesome pronunciation of “bucket.” 🙂  There’s also a small battery inside that powers cool burbling light effects in the lid, like you’re brewing up some wonderously witchy creation and not just 1,800 calories in snack food. 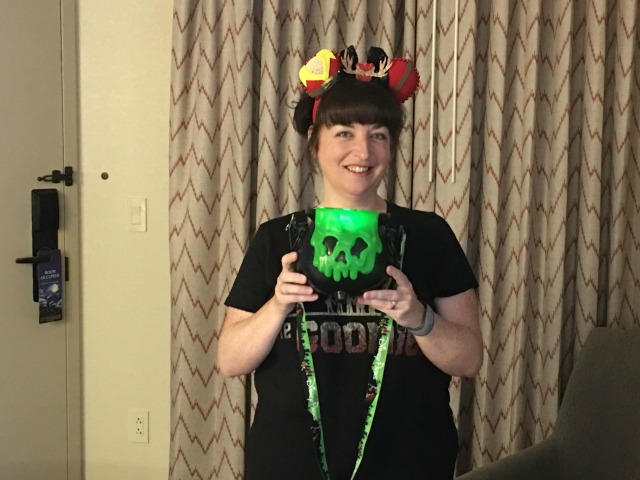 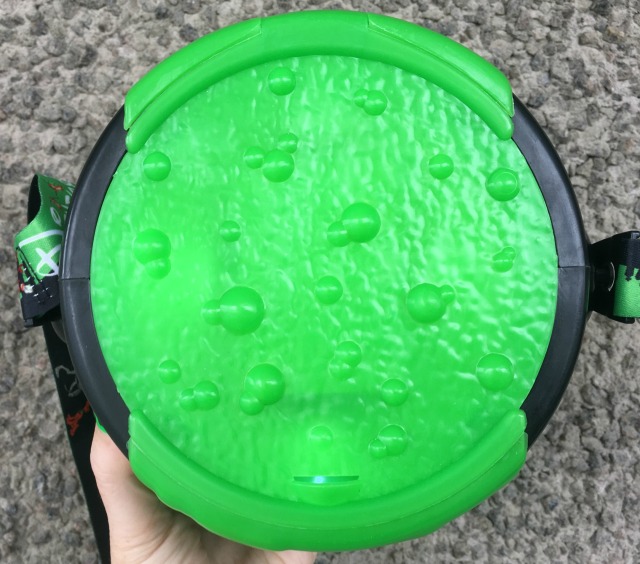 This fun new parkin’ accessory was calling out for a bit of matching nail art, so I obliged.  I think the skull on my thumb is terrible and I had a real mis-fire with some topcoat that smudged up quite a bit more than usual, but overall, I like the Nickelodeon-type sludgy slime.  Like the popcorn that goes into the bucket most of all, but simply carrying the thing around, and wearing it on my nails, is pretty fun, too. 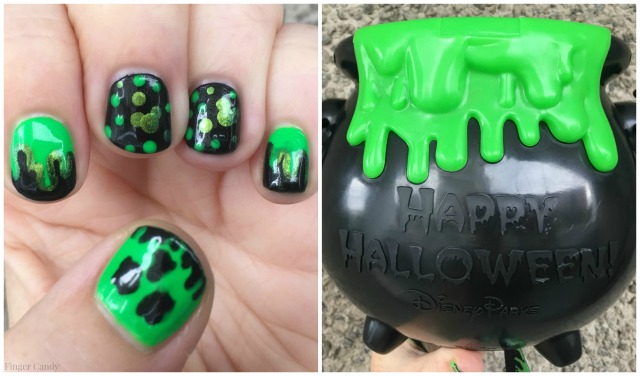 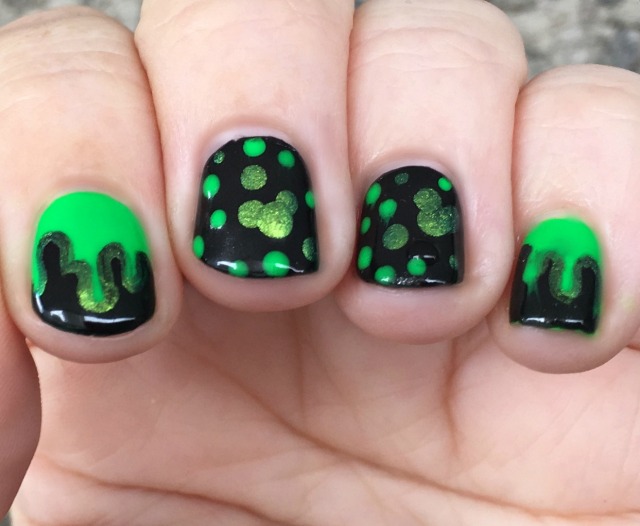