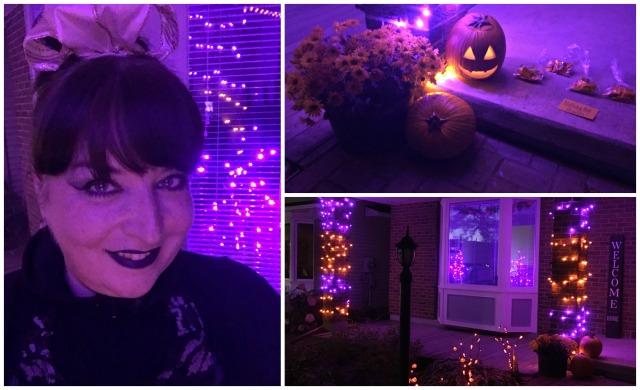 But in a good way, not in a “I ate too many mini Snickers and now I have to go off and hibernate for the next three weeks” kind of way. Although I did eat A LOT of mini chocolate bars this weekend, and given the time change, a nap sounds pretty good right about now…

In all weird actuality, we wound up having a very nice Halloween, COVID mandates notwithstanding.  Trick-or-treating wasn’t banned in my city outright, just discouraged – that should really be the City of Ottawa’s motto: “It’s Not Banned, Simply Discouraged!” – and so we stayed close to home, stocking up on what seemed like a reasonable amount of candy should any trick-or-treaters actually grace our Jack-o-Lantern-adorned doorstep. 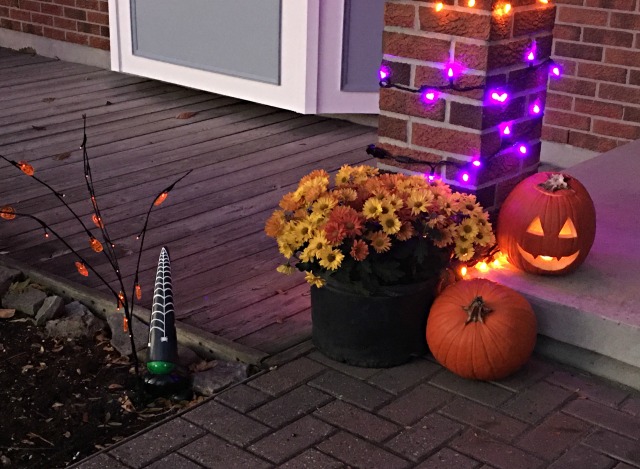 And they did!  We had 22 kids and one highly amused delivery driver pop by, much to our delight.  We had a nice little socially distanced setup going, with pre-wrapped bags of candy laid out on the front steps, Haunted Mansion music blasting through the open windows, and a gentle, low-lying fog drifting through the garden, courtesy of Mr. Finger Candy’s intense new love of the fog machine (the phrase, “This might be the best thing we’ve ever bought!” was uttered more than once.) 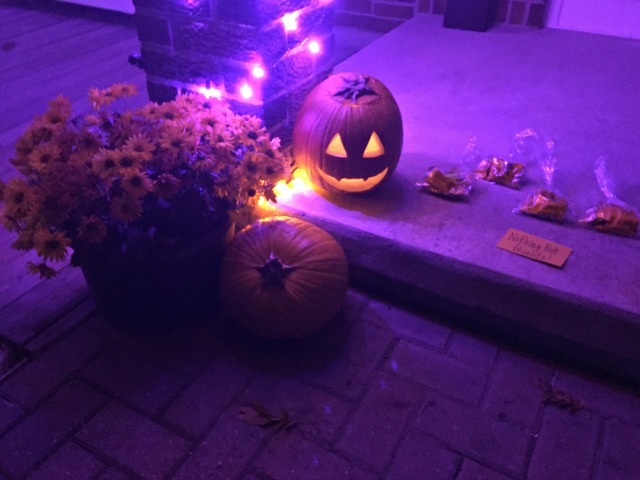 We even threw together a couple of last minute costumes, transforming ourselves into a maid and butler of the Haunted Mansion. 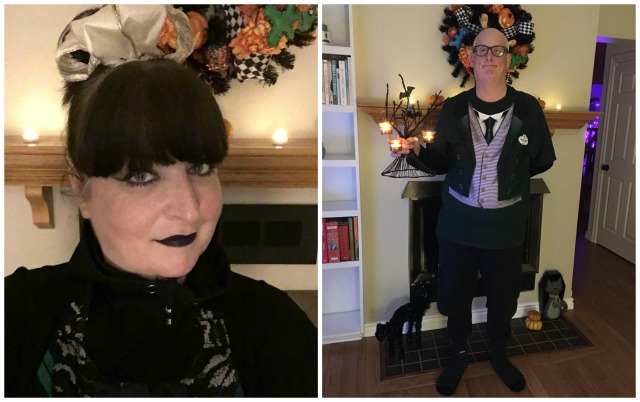 And I went real big with my eye makeup look, simply because when else in 2020 have I had a time or place to wear six different shades of blue, green and purple eyeshadow?

In the days leading up to Halloween (okay, so for the entire month of October) we also put out a lot of Halloween decorations, really got in touch with our inner Clark Griswolds!

So it’s little wonder our house saw a bit of action, given that we were seemingly the only gig in (this) town.  I overheard a few kids that had already passed by grumble, “Oh man, I wish we could go to that house again” and I nearly chased them down the street with armfuls of Sour Patch Kids before I remembered that now – and always! – luring children to your house with candy is generally frowned upon.  There’s entire fairy tales written about it! 😉

Near-forays into Hansel and Gretel-dom aside, however, we had a really excellent Halloween.  And did you know it was our wedding anniversary?  Of course you did, I never shut up about it!  It was our 16th, and our first as homeowners.  It definitely wasn’t the usual kind of anniversary celebration we like to enjoy – that would involve a week-and-a-half-long trip to Disney – but given the circumstances of 2020, we’ll gladly take it.  Nothing wrong with throwing together a couple of very last minute costumes and spending the night crouched over a fog machine drinking Swedish Fish-o-ritas (actually, they were orange creamsicle margaritas – Screamsicles – with a chocolate salt rim from the Lone Star in Ottawa, and not only were they very festive, but they were also incredibly delicious.  Hmm, they might have been the reason we got that food delivery – tacos! – once the trick-or-treaters cleared out.)

All in all, I’m super pleased with how our first homebound Halloween went, and I’m hearing similar things from friends and family.  I think the general circumstances of this year – shitty ones, not to put too fine a point on it – have forced a lot of us to think outside the box on events like holidays, and in a lot of unique respects, we seem to be all the better for it.  Friends with kids have reported that they took part in local scavenger hunts, neighbourhood candy drives, costumed movie nights and other cautious, but no less creative, approaches to the Halloween season, and everyone seems to have had an unusually great time.  Going forward, I really hope the city takes note of the ways people are trying to responsibly and safely move forward with “living with” COVID, and maybe cuts us all a little slack.  Most of us are really trying.  Without a doubt, though, THIS is the Halloween these kids will always remember.  I know I certainly will.  Hope you had a good one, too, friends.