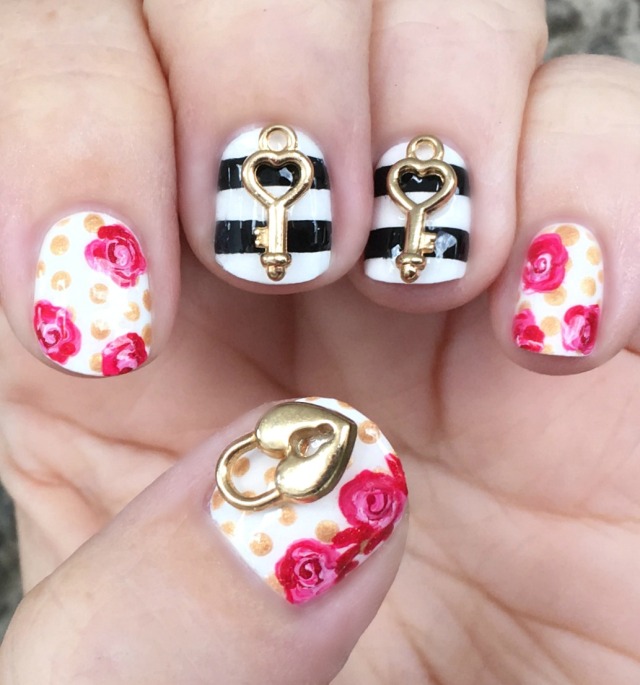 There is a show on television – you may have seen it, but I haven’t – called Nailed It! wherein hopeless home bakers seek redemption and cash through a reality TV-style baking competition.  It’s hosted by Nicole Byer, who I DO know from Brooklyn 9-9 as delightful car thief Doug Judy’s baby sister, Trudy Judy (“baby” nothin’ – Trudy Judy takes care of her own business, you simple little barn animal!)  Anyhow, I always see the show’s title and think it’s actually some sort of nail art competition, which definitely falls on the not-so-edible side of things (though apparently so too do most of the baked goods produced by the contestants, hey-oh!)

I’m not sure there’s much of an audience for a show about both baking and nail art, but if there were, this manicure, which was inspired by a gorgeous cake I saw on Instagram, would certainly land me a spot on at least, like, the first two episodes. 😉 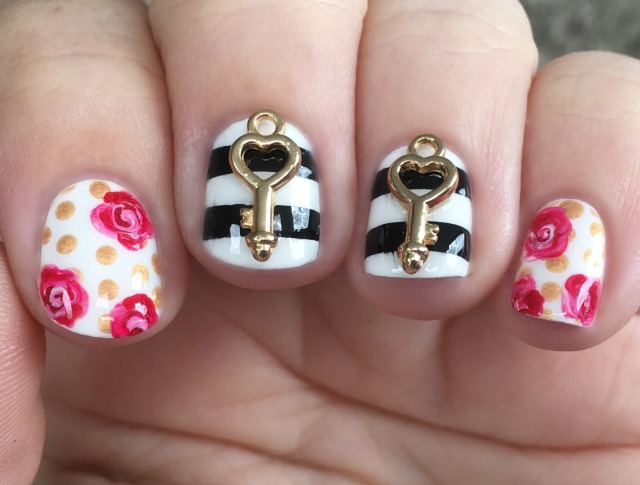 LOVE these nails, gigantic, unwieldy golden charms and all.  If I had any complaints, it would be that the roses are not quite red enough (how very “Off with their heads!” does THAT sound?) and the gold not quite yellow enough.  I used a frosted, almost icy-looking gold here, whereas the original cake used a lush marigold yellow that I far prefer.  Just in general, these nails read far more “edgy tea set” than bitchin’ Queen of Hearts cake, but I love them all the same. 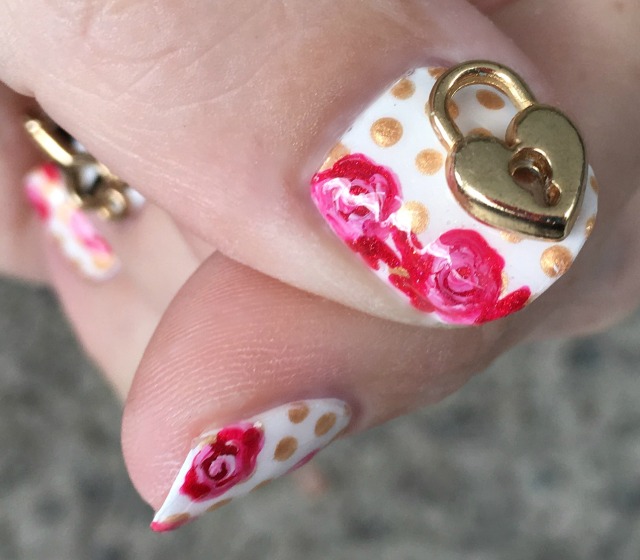