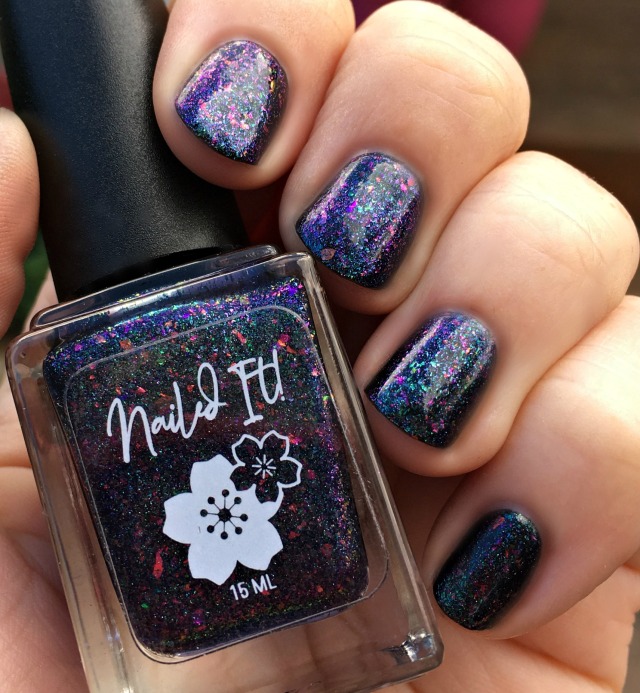 To all those about to go “Whu…?” – I salute you!  Because there’s lots to whu…? about here, as in two different blog posts on two different days, and featuring two different polishes, no less!  It’s almost like I’m a semi-functioning nail blogger again (although, barely – WordPress’s not-remotely-new block editor is an exercise in extreme frustration.  Every time I’ve walked away from a post lately, it’s because I’ve just spent the past 45 minutes sifting through online tutorials, trying to find the answer to a question that used to be easily, readily apparent.  Life’s not crappy enough, WP?!)

This pretty polish is Nailed It!’s Neural Network, another magnetic polish I grabbed during Polish Pickup‘s September release.  Like the magnetic polish I featured yesterday, Different Dimension’s It’s Electrifying, Neural Network is packed with glittery metallic flakies.  Can’t speak to the hue of snapping synapses, but I imagine this burst of jagged metallic rainbows is a pretty good mimic for a neural network’s mimicry.

This polish is so gorgeous, but the flakies, just like It’s Electrifying, obscure the intended magnetic effect.  I didn’t see much difference between Neural Network in the bottle and then magnetized on my nails.  Perhaps there was a tiny deepening of the base colour, a peacocky, bluey-purple-green, but nothing that made me stand back and go, “Yup, Nailed It.” 😉 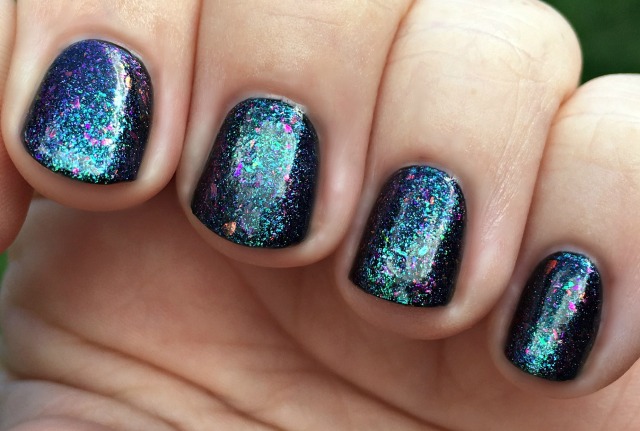 Still, it wore like the dickens and made my nails look pretty for a week.  Who’s going to argue with themselves – or a computer trying to mimic themselves – over that?! 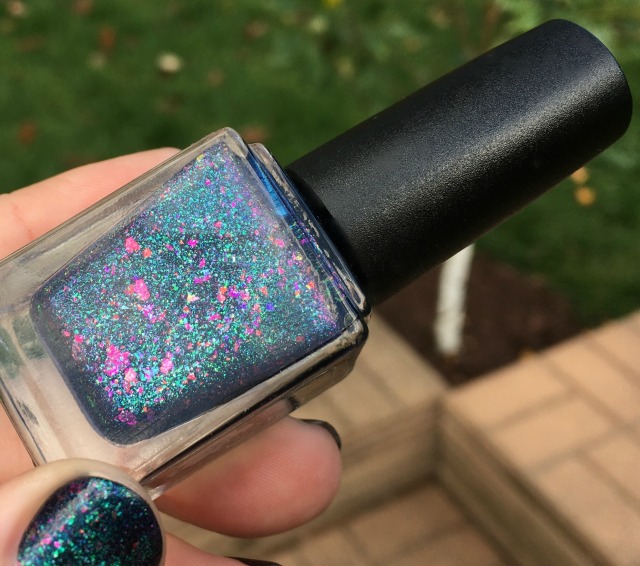 Throwback to some pretty underwhelming Dole Whip. P.S. Like your tits in that top.
Good morning from a couple of curious kitties sunning themselves by the window, some yummy local treats to power us through a day of yard work courtesy of @thirstymaidencafe and @suzyq.doughnuts, and a few quiet moments outside with a real old literary classic.
Happy 626 Day from this amorous little scamp, who always blessed me with a sweet, slobbery alien smooch.
Good morning (whoops, nearly afternoon) from these yummy treats I nabbed today from @thirstymaidencafe. Come on out to the west end and plunk yourself down on their cute little patio, though I grabbed my iced tiramisu latte (and friends) and ran. Support small independent businesses, particularly the ones that deal in caffeine and funfetti scones!
Oh, for god’s sake, Barbara, we got our jabs when we went to the Isle of Wight! ;) Just doin’ my vaccine part. Bonus: I’m now one-dose zombie-proof. That’s how it works, right?
Good morning! Beautiful day for these two poos to head back to bed.
Growing tulips has been soooo frustrating (effin’ 🐿s that just nibble off the heads right as they’re about to bloom have been the bane of my springtime existence) but when I bring in a big, beautiful bouquet like this that I grew in my own garden, ah, it’s (nearly) all worth it! Here we’ve got two kinds of black blossoms, Queen of the Night tulips and ruffled Black Parrot tulips, nestled alongside some perfectly pink Fancy Frills. I got all these bulbs from @brecks_bulbs, and they’ve been nearly universally gorgeous when they bloom (shakes fist at mere thought of squirrels, regardless.)
Despite the squirrels’ very best efforts to make merry with my precious tulips, I! have! mostly! prevailed! Let’s see, what have we got here…bunch of purple Queen of the Night and Black Parrot tulips, ruffled pink Fancy Frills, some blue and hot pink Showgirl tulips, couple of Angelique tulips (or is it Guinevere? it might be both) and a mess of star-shaped Peppermint Stick tulips. Also those yellow and red guys.🌷🌷🌷
Hey there, lads and ladies, I grewed you! And I had to bring you in way too early because of a way too late snowstorm, but look at how beautiful you are! These are gorgeous, gorgeous blooms from @brecks_bulbs; just the loveliest, plushest blossoms. 🌷💐🌷
Loading Comments...