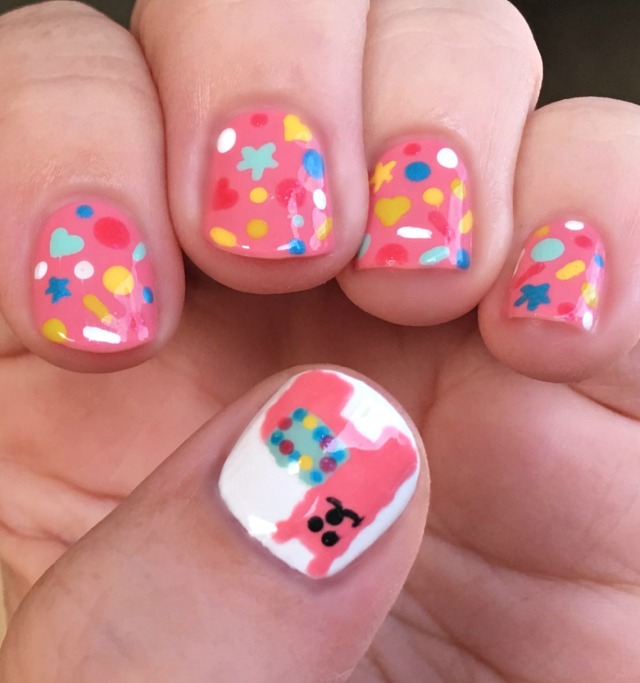 When I was a kid, I lived in a small, rural town.  Actually, “town” is too grand a word for North Gower, Ontario in the 1980s.  Today, with its subdivisions and farmers markets and actual, sit-down restaurants, North Gower is a bona fide village, but in the ’80s when I was a kid, it was a main street with a few shops and a pizza joint, perched on the steps of which you could always find these two old dudes who were collectively known as The Delmers.  I loved growing up there, but bustling metropolis, it was – and still is – not.

Anyhow, the next small, rural town over – a slightly bigger place that had a longer main street, more shops and fewer Delmers – there was a family with a gigantic pet llama that actually lived right on Main Street, and they’d let him out in the front yard to just wander about and scare the crap out of anyone passing on the sidewalk, because suddenly, you know, LLAMA!!!  Small town country life – it’s weird, don’t know what to tell you. 😉

These are fuzzy pink sprinkled llama nails.  Why sprinkles?  Why not sprinkles?!  Isn’t everything better with sprinkles?  A sentiment that’s also a bit weird, and hey look, I still don’t know what to tell you!  Sometimes you’re just in the mood to sport a candy pink llama mani, I guess. 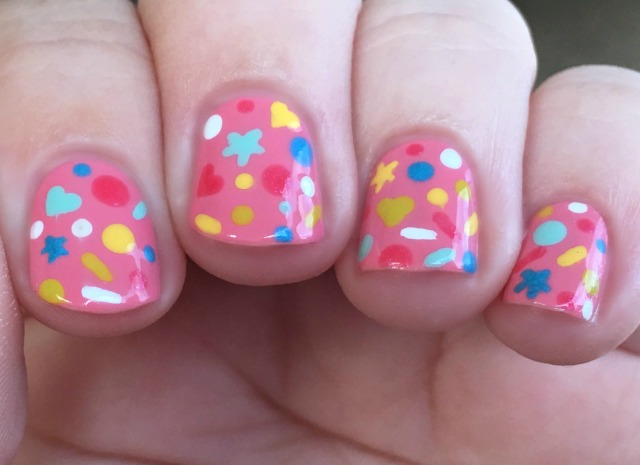 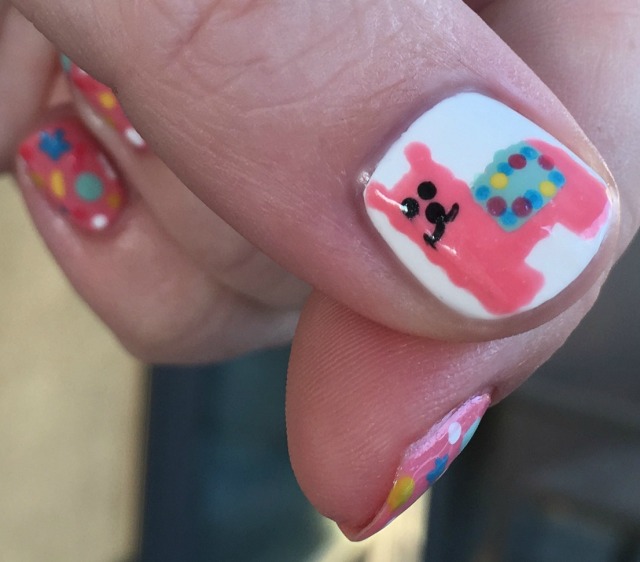