It recently occurred to me that I haven’t done a swatch post in quite some time.  That’s because for the most part, I’ve suspended my informal nail polish procurement program (also known as me sitting in front of online stocklists at two in the morning going, “Ooh, that looks nice!”)  Things had just reached the point where I had no more room to store these things.  But more than that, it seemed like there was nothing new under the sun, and did I really need ANOTHER holographic, purple-to-teal multi-chrome?  TL;DR: I haven’t bought – or swatched – a new polish in a very long time.

But I am now, with this lovely, lustrous lacquer, OPI’s Infinite Shine 2 in Turn on the Northern Lights! Northern Lights is a beautiful, beautiful polish – a thick, gel-based purple polish shot through with fuchsia-to-green micro shimmer.  This polish positively glows in the sun, but in a subdued sort of way – Northern Lights is no disco ball, although I think its gorgeous, jewel-toned purple hues are perfect for a disco Fall. 😉 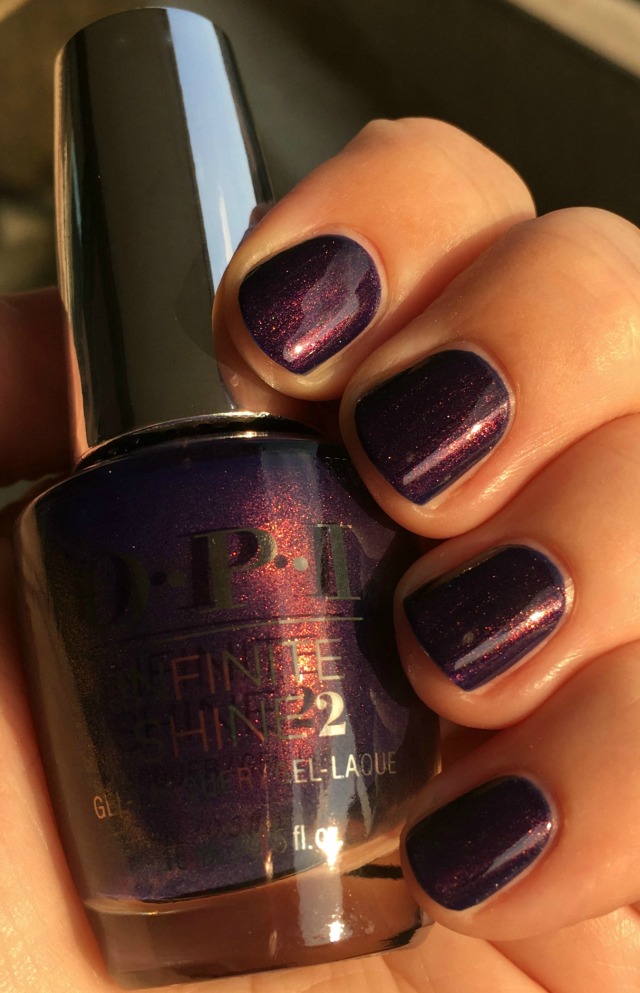 If Turn on the Northern Lights! is part of any sort of gel system, I have no idea.  I know, I know, bad, bad nail blogger, get your facts straight!  But I applied this polish as you would any other – three coats and one layer of a quick dry topcoat – and it produced one of the longest lasting and most beautiful manicures I’ve had the pleasure of wearing in ages (I remove my manis indecently fast, in part because they begin to chip and show wear quickly.)  But these Northern Lights shone brightly, through three days of wear and two trips down to the highly chlorinated pool!  Impressive.

Like all shimmer-laden polishes, Turn on the Northern Lights! does its best work in the sun, although it also looks beautiful in the shade, where you can really see the little bit of chartreuse pixie dust running along the bottom edge of the bottle.  I wish this effect was more pronounced on the nail (or pronounced at all; I saw no trace of the green shimmer in this polish, not even along the very edges of my nails) but I love the glowing, plum-to-purple effect enough that that’s but a tiny nit to pick. 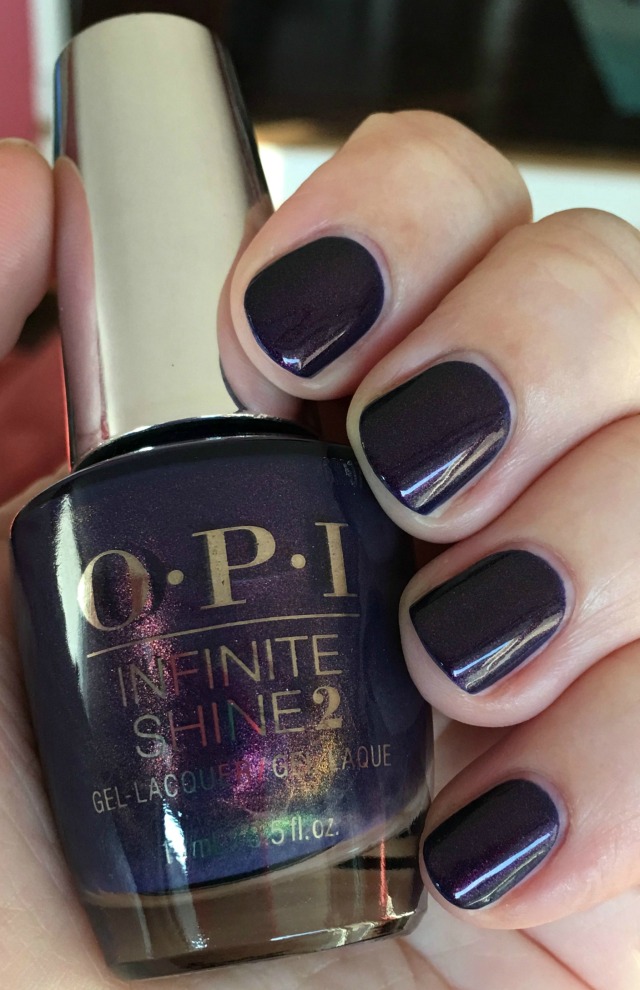